Land of String and Thread 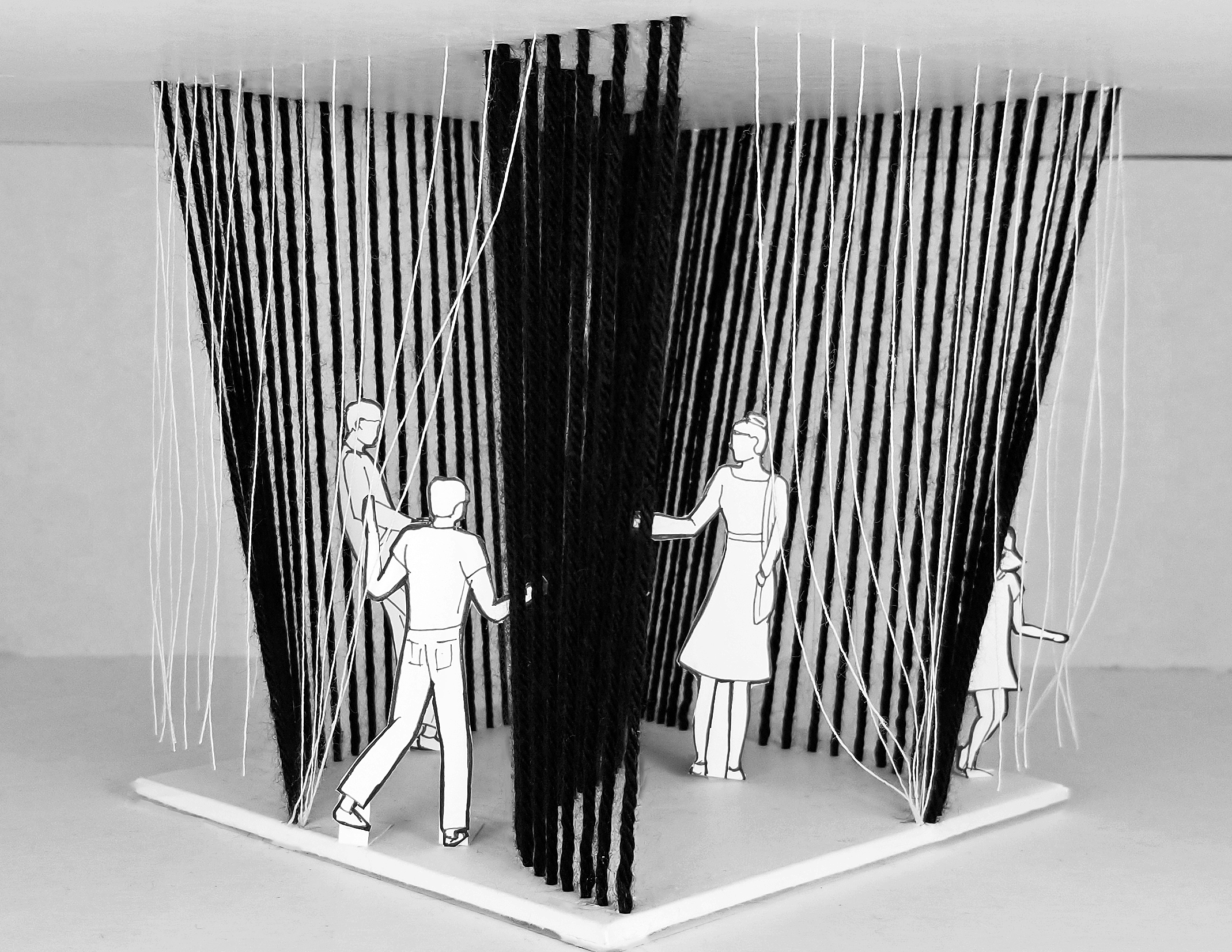 Based on touch, my final model is a place where their surroundings provoke them to physically feel the space around them. This model is composed of cardboard, cardstock, black yarn, and white string. The use of yarn and string is to integrate texture to one's surroundings. The yarn is used to make multiple paths or “rooms”, while the string is fragile and flows through compared to walls used for existent rooms. The black string acts as a stiff wall, however, appears open, while the white string acts as doorways for a space, opposite the strength of the walls. This space is for people to move around freely, at the same time experience an enclosed area. 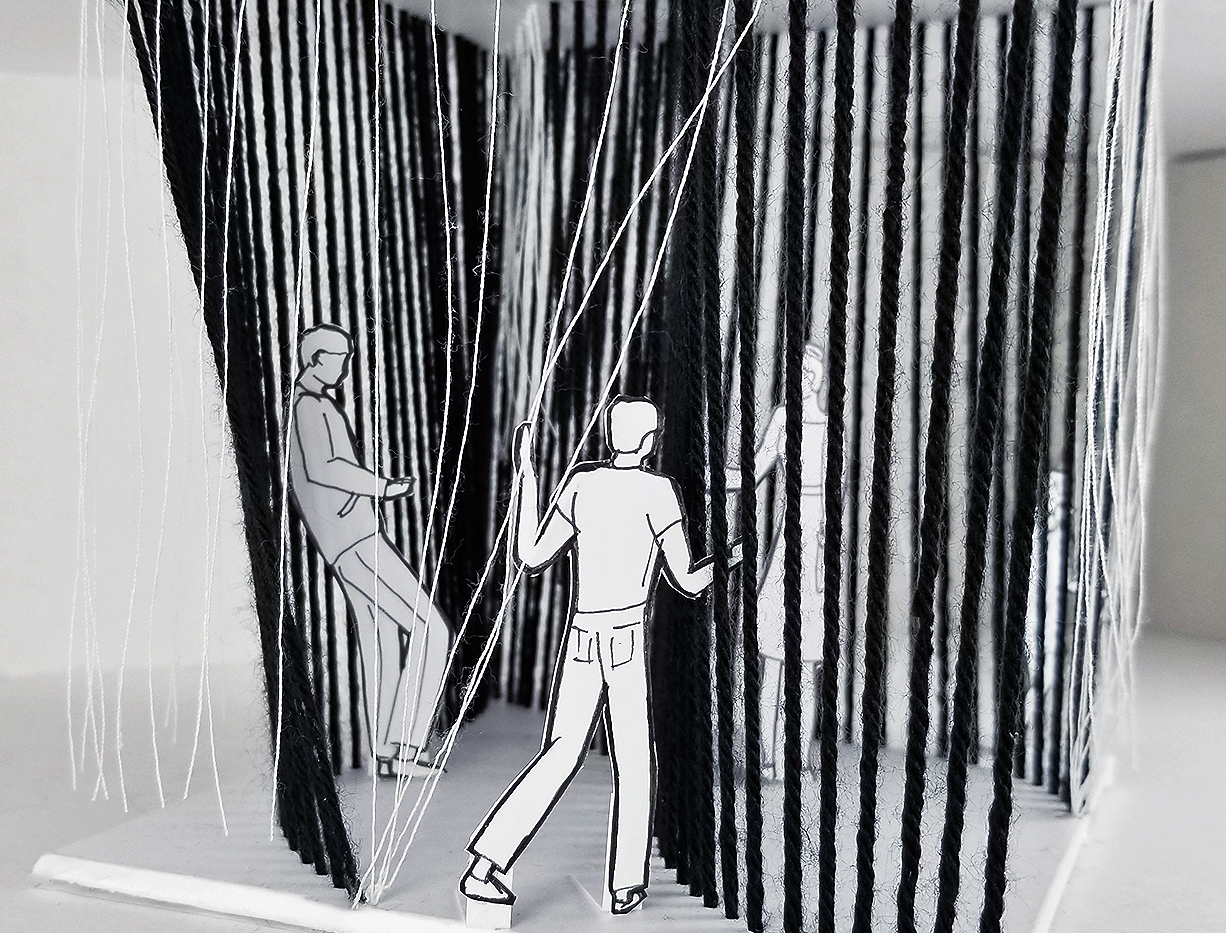 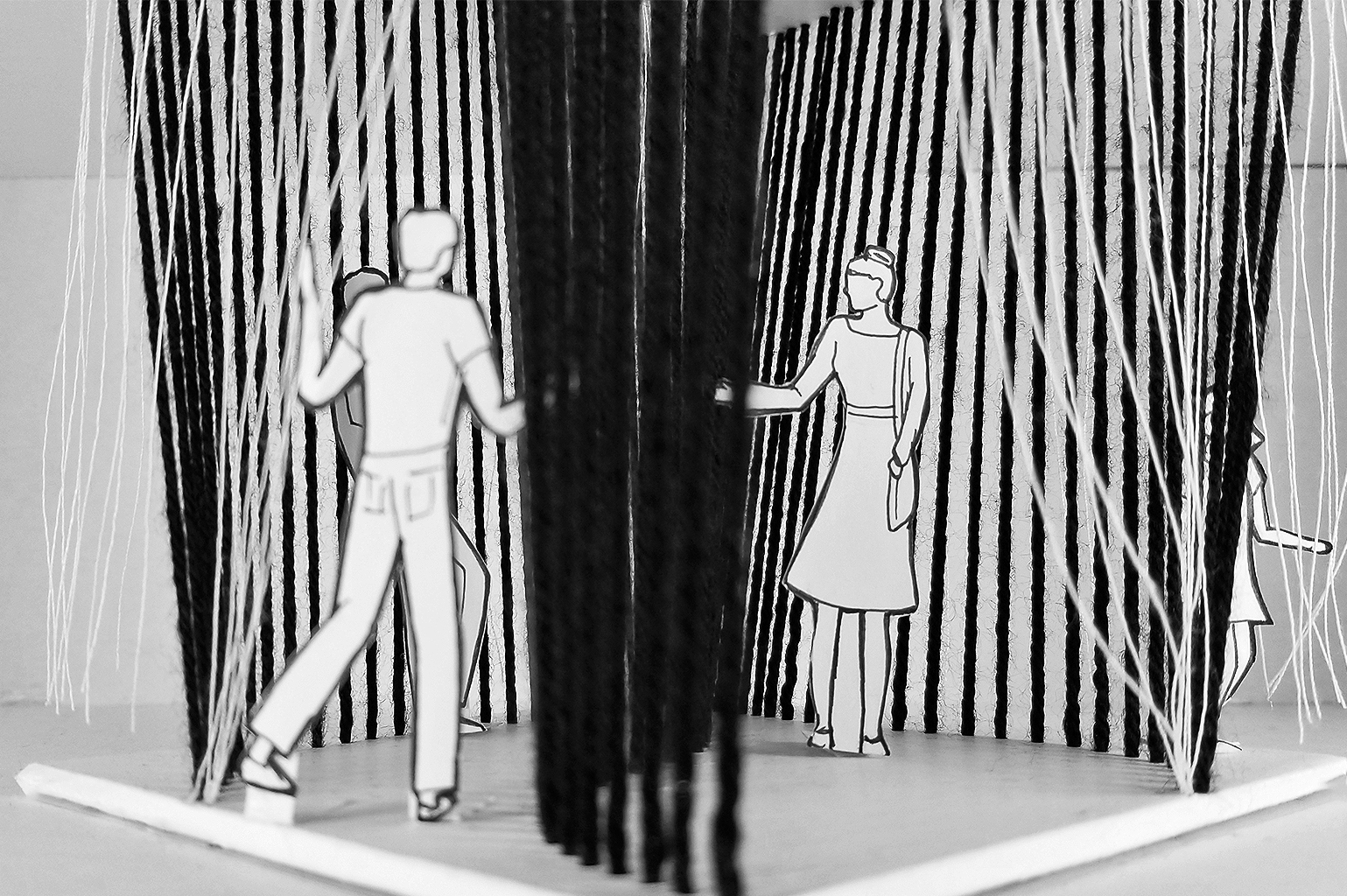 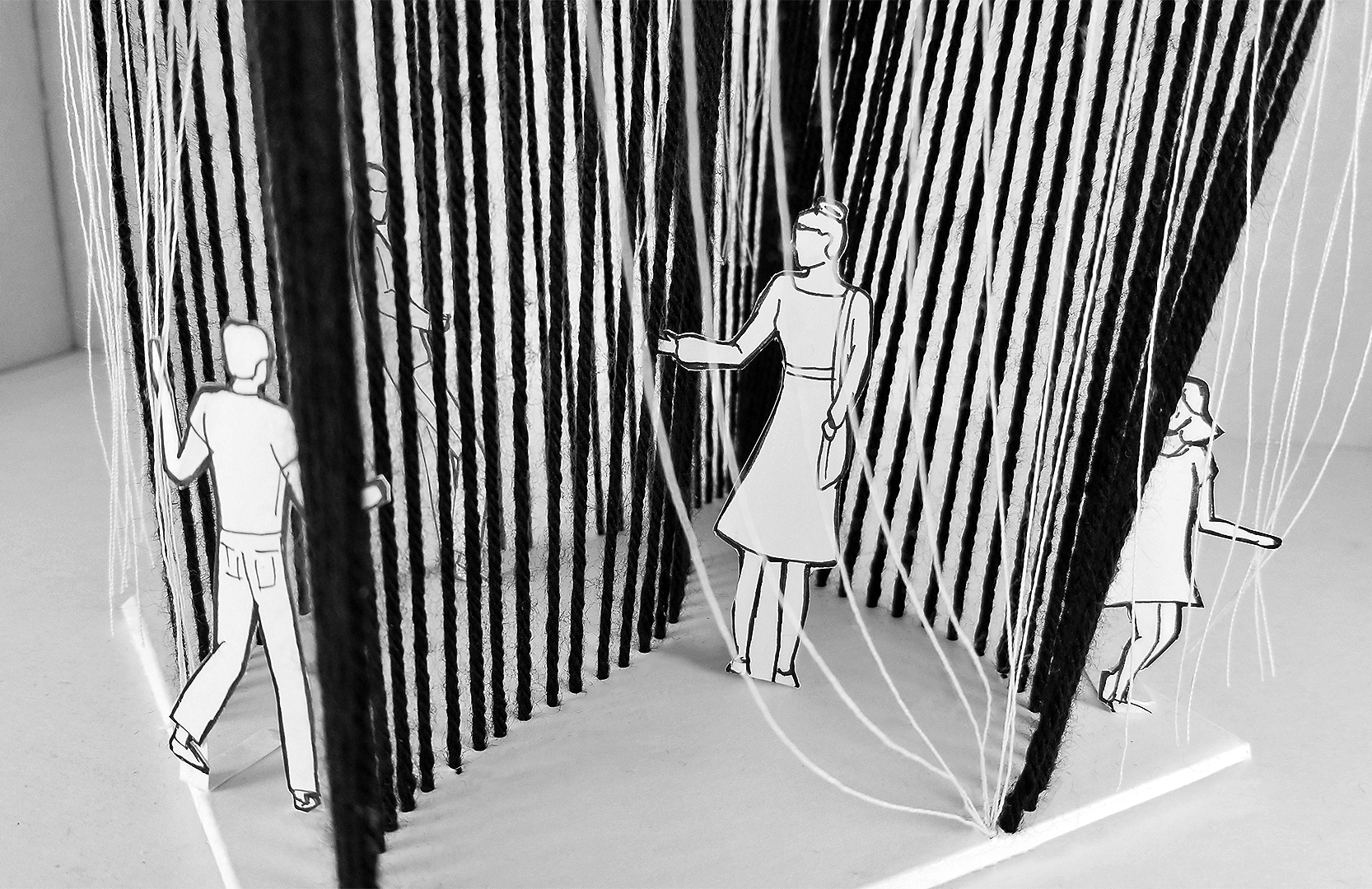 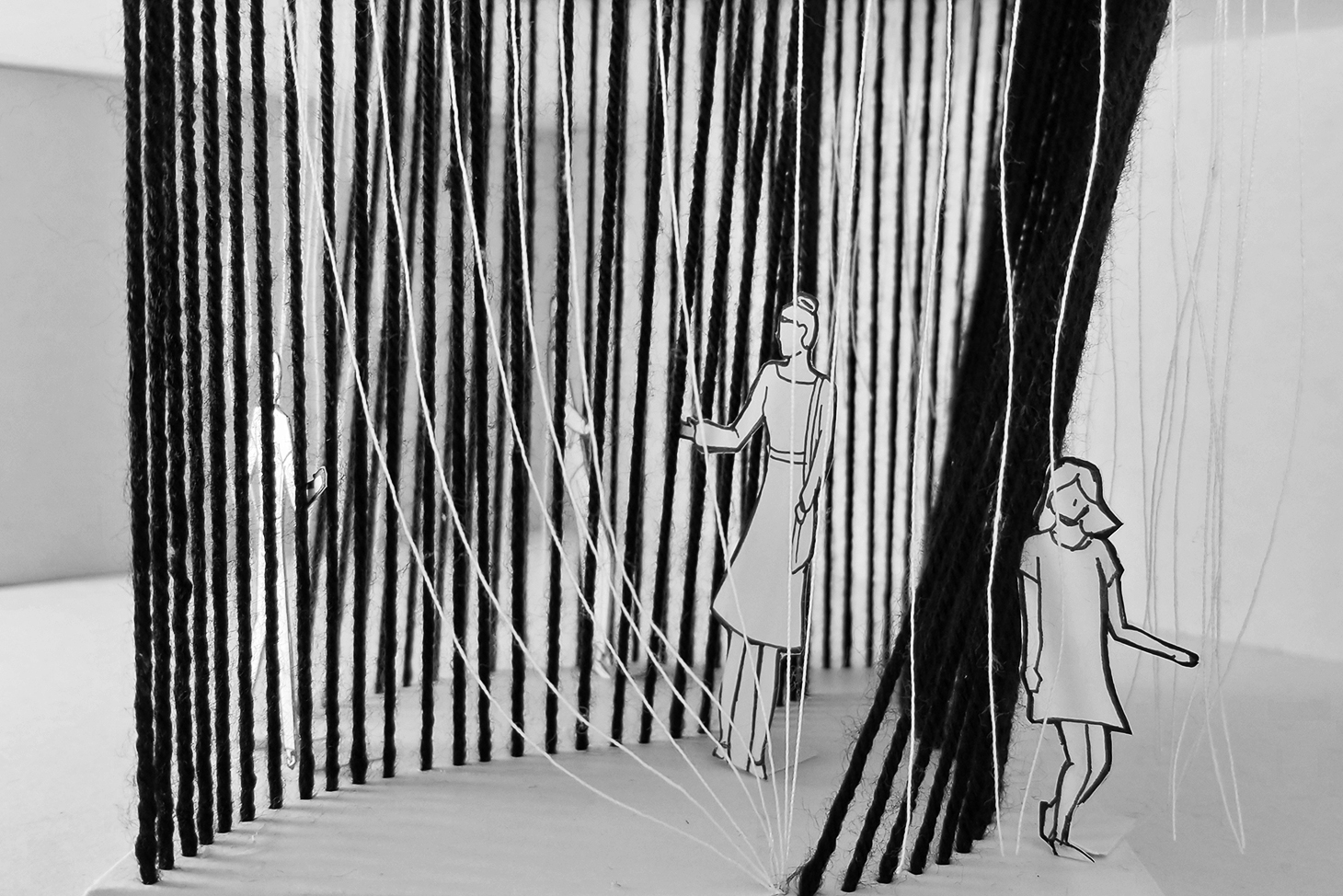